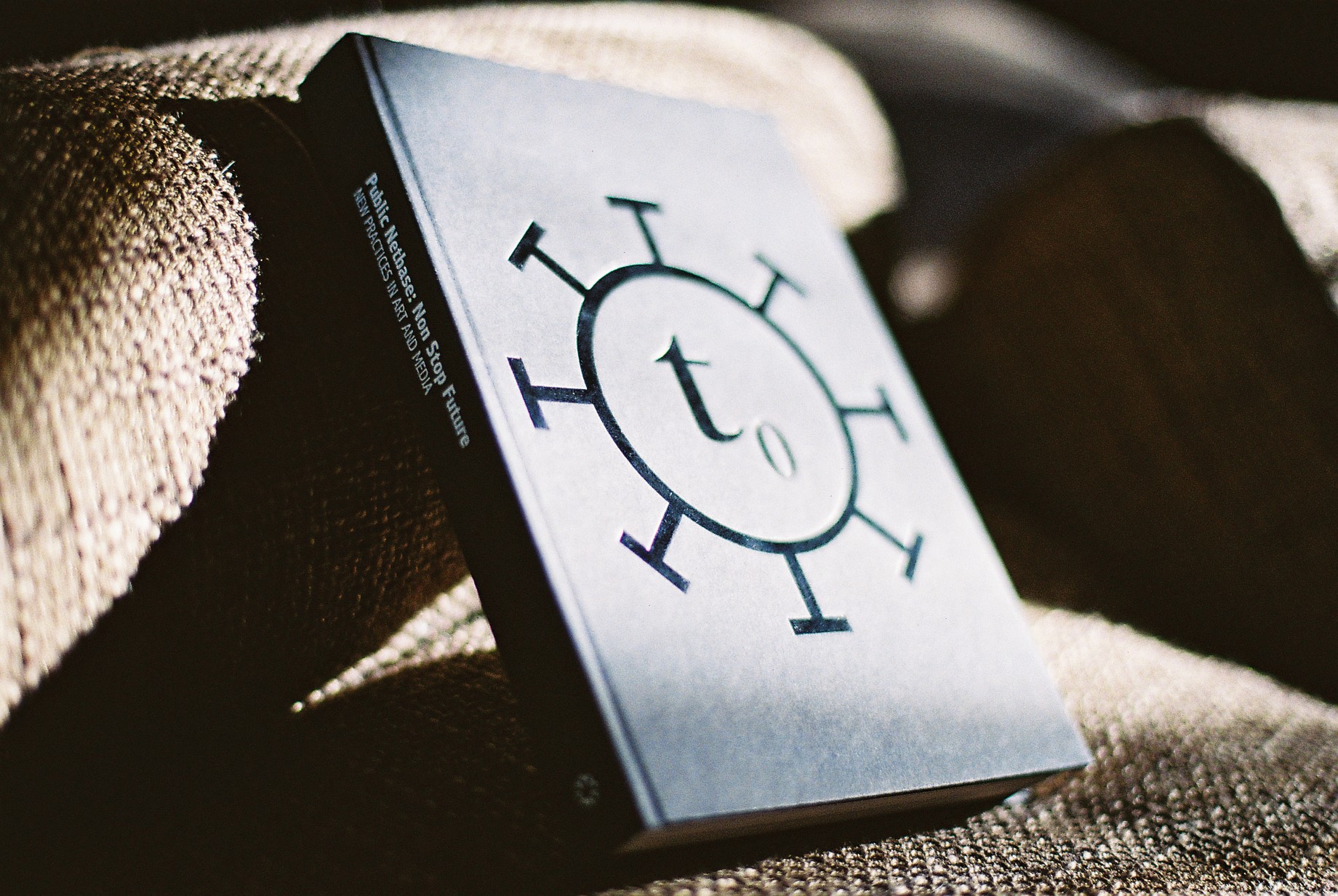 On a late Friday afternoon in July 2001, a few minutes before offices smoothly turned in for the weekend, more than a thousand art institutions, theatres, activist groups and projects in the cultural field received an e-mail they had never expected. A small red flag marked the importance of the message. The Austrian art administration introduced itself as the NEW Kunstsektion to „artists and cultural workers“ in order to inform them about the renewal after the political change of the year 2000, which was now indicating a re-indoctrination of its services along with a new logo. According to the law, the NEW Kunstsektion reminded the recipients that this logo had to be used in case of public funding, otherwise they would be punished.

There was no doubt that the political landscape already breathed an authoritarian spirit, since in February 2000, Joerg Haider and his Freedom Party had been involved in the new right-wing government together with the conservatives. Thus, a redesign to a heavy-handed Kunstsektion must be considered as an inevitable consequence of the new realities. The art scenes remained calm and compliant, although only for a couple of days. Confusion could be noticed when the second, more extended e-mail announcement drew attention to the Vienna Museum Quarter. Reinventing the bumpy terminology of the fascist decades of the past 20th century, the NEW Kunstsektion welcomed the provincialization of the huge cultural center and worried about artistic disobedience by publishing several images of resistance activities in the court. From then on, there was no question left that the MQ-based Public Netbase once again had put on a mask, which actually uncovered the historical context of the political efforts to eliminate independent and critical practices in art and media.

The serving of the lease termination notice in April 2000 and finally the cut of governmental fundings had led into a serious threat to one of Europe’s most respected media-culture institutions. Austria’s cultural administration obviously had no interest in securing conditions for independent and non-conformist cultural developments. Despite the indisputable international recognition of Public Netbase, its existence was near its end after years of successful work. The tactical manoeuvre was soon revealed as an affirming attempt to highlight the ideological tradition of Austrian cultural policies and its recent continuation. During the following weeks, the NEW Kunstsektion addressed further main issues of the new political order and its disciplinary intent. For instance, the fact that the MQ-facility management was guided by a director with Carinthian origins has been declared as an important part of patriotic improvements to implement a severe framework of regularization and commercialisation. Under the slogan „The nature of art“, the reorganized services promised a junction of creative industries and a new awareness of cultural heritage. Their offer even included graves, which in the near future, should have to be guaranteed by a new social insurance law for artists. Just one week later, the Viennese public learned in the highly frequented and freely available newspaper U-Express that the NEW Kunstsektion would provide artists, who mostly suffer from hunger and poverty, with a warm soup. It was the first step to act in real space, again ironically focussing on the serious topic of precarity, which got a deeper meaning by the raising pressure under the ultra-neoliberal regime

The interest of the public early became an essential component of the communication processes, which often resulted in lively debates. The numerous messages directed to the NEW Kunstsektion included some by prominent members of Parliament and leading representatives of Austrian cultural and intellectual life. Reactions reached from protests against the bold fascistoid phraseology to expressions of gratitude for these new costumer friendly services and even included a request of the cultural spokesperson of the conservative party who, due to a computer breakdown, asked for previous postings to be re-mailed. Also a politician of the social democratic opposition took the communiqués seriously and replied in anger: „What does it mean: The nature of art? Is it the purpose of a new Kunstsektion to distribute awkward messages?

At last, there was the new logo. Many of the mail recipients made use of it. It was bad luck that a large number of event posters, flyers and other publications already had already been printed before they had identified it as an artistic fake. Later on, institutions and projects such as the Salzburg art periodical „Kunstfehler“, the Vienna „dietheater“, the cultural center GUGG at Braunau, and many more had to explain to the real Kunstsektion the reasons of their disrespect of official funding guidelines. Suddenly and involuntarily, art, culture and media were situated in a public discourse of collaboration, indifference, critique and political resistance. A young artist even stroke back: „We decline your order to use the new logo and highly recommend to put it on the a… of the state secretary for art and media!“ With such multi-layered debates Public Netbase has achieved one of its main objectives.

Two years later, Karl Latz was the only person reached by cellular phone when the Austrian daily newspaper Standard tried to investigate into the first tracks of the new citizens‘ group called „Open up Karlsplatz!“ Aiming a redesign to an urban place, the „traffic hell“ in the heart of Vienna had already been controversially discussed for several decades. In January 2003, a new player appeared in the debates by demanding a „place for open cultures“ as a fundamental requirement for democratic societies and a contemporary node of international networks, art, culture and science. At this time, the Standard was not aware that Karl Latz was the false spokesman of a false committee created by Public Netbase. The fact that the committee’s list of supporters consisted of names conspicuously similar to those of some well-known members of the Viennese elite had generated a broad interest. Just two days after publishing the Karl Latz interview, the newspaper had to admit: „None of these persons exist!“

The citizen’s group remained active receiving enormous support from hundreds of signatures throughout the entire country and young students acting on the streets around Karlsplatz. The interventions and press releases often affected the worries of people passing through the place. The purpose behind the empty rhetoric like „A place for open cultures paving the way for democracy“ was to raise awareness concerning the current city plans for a „Kunstplatz Karlsplatz“ and, beyond that, for the instrumentalization of art institutions for control and repression, social clean-up and spatial transparency. Regardless of whether it was a fake or not, with Verkehrshoelle.at, Public Netbase proved that the idea of a citizens‘ initiative is able to unsettle a common discourse of mainstream media and political populism.

Although it might be considered destructive or too irritating, this type of communication guerrilla project creates, as Gerald Raunig writes, „the possibility to make use of the gap in the discourse for producing critical public spheres“. Since the early beginning, Public Netbase focussed its work and research on strategies of re-appropriation of the public sphere. One of the pioneers of communication guerrilla, the autonome a.f.r.i.k.a. gruppe, declares: „We are tired of private security services and the omnipresent purchase obligation, the removal of park benches that forces passers-by into cappuccino bars or to just move on. We know about the privatization of inner cities, the disappearance of public space. But how is it possible to intervene against the apparent automatism of these processes – with an information event?“ The Vienna media-culture institute Public Netbase provided its own answer in the form of interventions and unexpected public appearances. The price was high. A few years later, it’s only the retrospective that has been left over from the forced closure as a consequence of the withdrawal of the remaining public funding in 2006. But the history of Public Netbase’s hidden manoeuvres reminds us that there is some hope for the near future, as the autonome a.f.r.i.k.a gruppe reiterates: „The world of activism is not located outside the globalization process, the transition from the age of bourgeois democracies to something else, something not yet defined. It is part of this – and it is in the intimate knowledge of the structures to be fought that its potential to at least question their legitimacy is found – even if the next grand narrative is yet to come.“