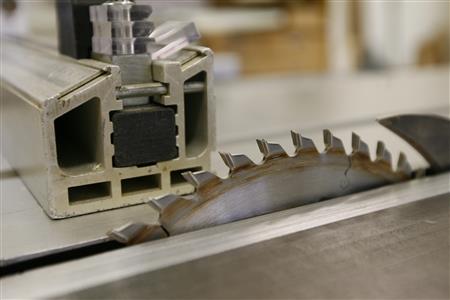 „We are now returning to the great inequality. And economic inequality also means political inequality because you need economic power to buy politics and political power to acquire economic advantages. It’s a spiral.“

(Colin Crouch in an interview with the newspaper Der Standard, 2 April 2016)

When Plato left his thoughts on his vision of the ideal state for posterity, he also mentioned the role of artists. The Greek philosopher was convinced that they imitated effigies all too often, that they did not know things as they really are rather only as the appear to be. The Antique mastermind of a political philosophy, who also would have loved to see some poets and painters symbolically banished, vehemently opposed fraternisations with sensuousness. In the context of his time Plato adamantly demanded that the arts convey truth and make a contribution to moral improvement – in a state community founded on the good and the just.

Today it is also about justice and the good life. Albeit hope continues to fade. Around the world we are confronted by news and information, day-for-day, that trigger anger, despair, and outrage. Wars, climate change, the destruction of the environment, racism, and a profit-hungry assault against democracy are progressing incessantly. While poverty rapidly grows – also in Europe – corporations, banks, and public figures keep getting rich off nebulous financial markets.

But this massive unease increasingly pans out in lethargy and indifference. A powerlessness emerges in face of the apparently powerful, who barely still pay attention to the concerns and needs of the people, especially in times of economic crisis, and often even take their suffering for granted. This dire development also appears in some headlines nowadays: „apathetic, clueless, anaemic,“ – more and more frequently such words can be read on the sobering state of affairs, describing the politics that should come up with answers and solutions to the major challenges of our time. Hence, the search for political clout between power and powerlessness has noticeably shifted to the fore for civil society projects, organisations, and institutions – and also in the ranks of art, media, and culture, in particular.

With their infrastructure, personnel, and communication networks cultural centres like WUK possess promising foundations to attain visibility and, above all, societal relevance as well. But a big brick building still isn’t a political agenda. Like Plato millennia before, also the French philosopher Alain Badiou has sufficiently racked his brain about how democratic reason can be best modelled into a state framework. He sees significant opportunities in the confrontation with global exploitation and neoliberalism through experiments in the social and collective realm. Because self-reflection, self-critique, an awareness of one’s own position, and the creation of a potentially affirmative space are already the first effective steps to engage in political battle.

Somehow this all sounds quite simple – but it isn’t. To top it off, the realities that cultural centres have to grapple with are often remorseless. They feel the hot breath of exploitative pressures down their necks, must hold their ground in cost-benefit analyses, and frequently land between the millstones of political distrust and vexatious bureaucracy. The tyranny of an apparent lack of alternatives runs rampant, insists financial-technocratic constraints, and glorifies the consensus in capitalism – with longstanding obvious conflicts, which jeopardise social cohesion to an ever-increasing extent.

At the network meeting of Trans Europe Halles (TEH) from 5 to 8 May in WUK approximately 250 cultural workers from all across Europe ask what it means for cultural centres to be political. Under the title „It’s (about) politics. Performing the emancipatory potential of cultural practice“, aspects of politicisation, building alliances, and the possibilities of political action will be discussed. The international meeting will not radically change the world for the better overnight, but it can very well send out a clear signal that wards off the general feeling of powerlessness and expresses that art and culture do not helplessly join in the global lament about politics‘ loss of significance. It’s politics! It’s about politics! The appropriation of political action coincides with self-empowerment, which leads the conflict, contradicts the terms, and therewith manifests the irrevocability of democracy. This is, ultimately, where we find the roots of independent cultural organisations, which must now once again pose the right questions: How do we translate indignation into political action? How do we create space for utopias without which change isn’t conceivable? What are the convincing traits of our cultural praxis that plausibly anticipates a more just world?

Inequality, disfranchisement, and neoliberal financial dominance are by no means written in stone. Art draws its emancipatory potential from unconditional freedom. Only then is it loud and unsettling, exercising disobedience and refusing to be a victim. And not to forget: WUK is politics. TEH is politics. Art and culture are politics. Suddenly Plato is back on the scene. His ideal state calls for an intervention in reality – and not just an imitation of things how they appear before our eyes.